Mail gets interesting when someone dies. Along with the same old shit, credit card offers, sale flyers, bills, etc., you get a lot of cards (those are nice) and occasionally a package.  I got a package registered mail. I did the clumsy, don’t let the cat out while you and the mailman fumble with the signature cards and the rest of the mail, and was handed a well wrapped, very heavy, shoebox size  package.

David had come home. He was never gone long and I knew he’d find his way back. I just wish he was in better shape. But then he hadn’t been in very good shape when last I saw him and this new circumstance is probably better.

He looked very much alive until he died, then he looked very dead. It is amazing how someone can so obviously be there with you, and then suddenly gone. There is a big difference between close to death and dead.

We were told a few minutes before he died that death was approaching, but he still breathed, his face had color, and his eyes still followed me around the room even through the morphine. I combed his hair, his scalp was still warm, I held his hand, cooler than usual, but still his hand. Then he was gone. He got so cold, so fast. His face relaxed and he looked more like my David, but his hand held no more comfort, it wasn’t his anymore. He finally lost the color in his face, I kissed him one last time and said good-bye.

I signed the papers, gave the info for the death certificate and had him sent to the funeral home. I didn’t see him again until he arrived yesterday.

I’ll bury that box soon. Right now I’m thinking I’ll throw in the Swiss Army knife he always carried and some quarters so he can get a soda. That’s what he always had to have when he left the house. He always had a bad day when he forgot either of those items. 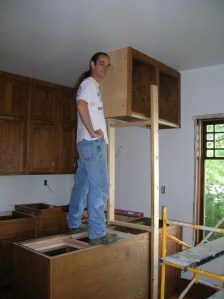 9 thoughts on “I Got a Package Yesterday”